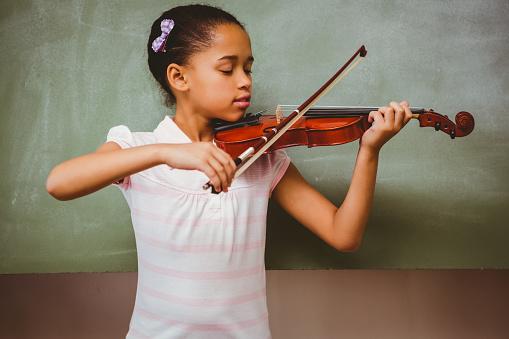 ‘What does education do? It makes a straight-cut ditch of a free, meandering brook.’ Henry David Thoreau

At a time when the function and role of schools is under the cosh like never before, it is somewhat sobering to reflect upon those that avoided school, in part or in whole, those self-taught, creative and unfettered thinkers who lacked the benefit of a formal education, and still came good. A list of such autodidacts may include Benjamin Franklin, Mark Twain, George Bernard Shaw, Albert Einstein, Charles Darwin, Stanley Kubrick, Thomas Edison and Margaret Mead - all highly talented and successful in their respective fields who had the opportunity to work creatively and imaginatively without the shackles of a formal education. And of course, to this list we can add a vast array of women who were both denied a formal education and a credible platform, and who still triumphed, women such as the Bronte sisters, Mary Wollstonecraft and Flora Tristan. And they knew how lucky they were, speaking up against the limitations of formal education, with Bertrand Russell arguing that “men are born ignorant, not stupid; they are made stupid by education” and author and autodidact Helen Beatrix Potter being even more explicit in her criticism noting, ‘Thank goodness I was never sent to school; it would have rubbed off some of my originality.’

It is possible to see similar disdain for traditional education today amongst some parents although usually for quite different reasons. As schools move further to the left, and become narrower in their breadth of curriculum and assessment in an effort to standardize educational outcomes, we see more and more parents who have the means to do so, voting with their feet, to draw on the best resources in themselves, in their communities and off the web, to go it alone.

There are many reasons for choosing to do so. These include concerns about behavior (bullying, disruptive classmates); how technology is being used (or not being used); and the shrinking of the curriculum through the EBacc, in particular, reducing time for the creative subjects. Families also have more personal reasons, founded in religion or culture, (or exclusions), or from a growing number of parents who just want to protect their children from the world and all its horrors, however naïve this may sound. More recently, parental concern has reacted to the changes in the function of education from the pursuit of academic and social outcomes to societal ends, pushing a liberal social agenda which many parents do not want foisted on their children. Nor may they agree with government moves to ‘educate the whole child’ even in matters that deeply concern them such as teaching children about relationships, especially sex and gender, at a young age. While not all reasons are logical or even excusable, they are symptomatic of a growing disillusionment with the current school system and a belief that there are other, better ways of educating children.

The effects of this loss of confidence can be seen in the growth of home schooling. While not the same as being ‘self-taught’, there is no doubt that the freedom home schooling affords, allows children to follow passions and interests. It can cater for the increasing numbers of families taking gap years and wanting education for their children in-transit.  While we might question the premises, the reality is that the trend is accelerating and that in the last school year, some 30,000 were home schooled in England and Wales, double the number of six years before.

Undoubtedly, it has also got easier to opt out of formal schooling with the advent of the internet. Technology is a driving force with so many courses and resources available on-line that parents can access almost all they need anywhere in the world. By opting out, they find the extra time to devote to the development of special talents in music, drama, sport, or specialist interests from coding to chess. With whole university courses available on-line and blended education becoming a reality in many countries, the means are there for children to gain a first class academic education without ever attending school.  What is not so clear is how the social and cultural education, which is compromised from not being part of a community of peers, is managed and compensated for.  Nor is it easy for government to monitor the children who are flying under the radar, largely unmonitored and unchecked, and in danger of becoming isolated from their peers and communities or worse, radicalised.

Allied with the growth in home-schooling is the increase in tutoring. The proportion of pupils who have had a private tutor at some stage in their education went up from 18% in 2005 to 25% in 2016 (42% in London). While there are many firms offering bespoke tutoring services, to the dismay of many head teachers, a survey of more than 1,600 state school teachers found that 43% of them have earned money as private tutors outside school, which considering the pressures currently on teachers, is a substantial ‘extra’ workload, probably indicative of their relatively low pay and the satisfaction derived from one to one tutoring.

Tutors were once seen as anathema by many schools and you do not have to dig deep to find criticism of the industry with schools suggesting that agencies 'trade on insecurity' or worse, that after-school tutoring is a ‘form of child abuse,’ as Gail Larkin, President of the National Association of Head Teachers said in 2014  -  an interesting comment when schools still demand entrance tests for children as young as three and who eject students who might damage their performances in league tables. The truth is the world is changing and tutoring for exams is only one part of an industry that is moving into the mainstream of education, where tutors support parents who want a different form of education by working in a more holistic way, assisting learning, by helping developing good study habits, pointing the child in the right direction and engendering the confidence that comes from 1:1 support.

Home schooling is not an alternative to state education, despite its suitability for the few.  What we need is a system that caters for a wider range of abilities using a wider range of providers. New Zealand has begun to allow students to construct their own curriculum, which often involves accessing some subjects from home. As blended education proliferates in different forms and guises and the role of the teacher changes from classroom teacher to mentor and facilitator, it is likely we are seeing the future, in which the responsibility of education is shared, when education without walls becomes a reality. We are entering a time when, to paraphrase Yeats, things are falling apart because the centre cannot hold and that is not altogether a bad thing. We should not be frightened of the prospect, but instead prepare for it and embrace it.