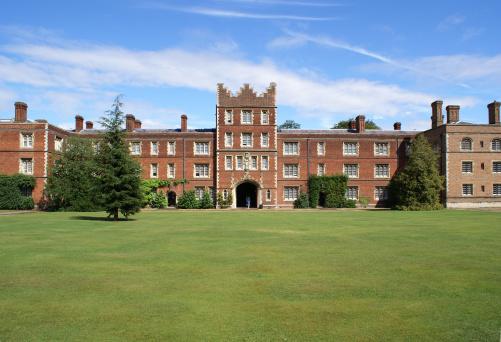 The Government’s plan for a no-deal Brexit has done little to assuage fears about the proposed cost of living, the effect on business, the law, travel, the health service and every other facet of our lives, but what about the effect on universities? EU students account for more than 80,000 of the first-time undergraduates in the UK and almost 50,000 postgraduates. And while the Government promises that European students won’t suddenly be faced with higher fees or have their loans withdrawn on March 29, 2019, it’s inevitable the position of overseas students will change in the future, and not for the better. I think Brexit will fracture our higher education system with the top tier of universities breaking away and aligning with the US education system, which likes its students to have very deep pockets indeed.

Currently, European students pay the same tuition fees as British students – around £9,000 a year. And while the Government has pledged that nothing will change for those in the middle of the course or for applicants for the 2019/2020 academic year (which may explain a recent surge from European applications who are trying to get in just before it changes), after that date there are no guarantees. The likelihood is fees will rise in line with those paid by international students outside of Europe, and EU students will be locked out of British-based funding opportunities such as loans and grants. Fees depend on the course and the institution, but, as an example, an international non-EU student starting a degree in English at Birmingham University this autumn can expect to pay £15,720. Study clinical dentistry at the same place and the bill to rises to an eye-watering £36,840. And that’s before living costs.

This is similar to prices in the US. Harvard charges $46,340 (£36,000) for international students. Add in room and board at the university and the cost spirals to $80,014 (£62,239). That’s per year. Times that by three, add in costs for socialising, clothes and travel home, and a degree will set you back around £200,000. Harvard may be one of the most famous, and certainly one of the most attractive, universities but it isn’t necessarily the most expensive. Stanford University charges $50,703 (£39,500) a year on tuition fees alone.

Some British universities have said they won't increase fees while others have not commented. I don’t think anyone knows what will happen until we’ve exited the EU. However, I suspect the top tier of universities will increase their fees and the mid and lower tiers won’t in order to attract brilliant students who are now priced out. The result will be the most prestigious universities, such as Oxbridge, Nottingham, Warwick, Durham and Imperial, will become more exclusive and available to only the very wealthy. Good students with limited spending power will have no alternative but to study elsewhere. Middle to lower tier universities will be happy to issue unconditional offers to secure these brilliant brains on their courses. The least-respected unis will probably struggle to attract anyone and may close.

A policy briefing by the Centre for Global Higher Education, states that universities outside of London and Oxbridge, which already have lower proportions of EU students (probably due to the popularity among domestic students and the high cost of living) are likely to become less attractive post Brexit. It predicts that higher numbers of EU students will move to Scotland, which currently has no tuition fees. Even though this is likely to change post-Brexit, the rise will probably be less than in England, Wales and Northern Ireland. A proposed fall in the pound may sweeten the pill a little, but no downturn in sterling is going to compensate for a rise of £6-29,000 in tuition fees.

Many EU students will look outside of the UK for their education, and this is not a good thing for British learning. Alongside the higher fees, the inevitable increase in red tape and bureaucracy in the shape of visas, the feeling they’re ‘not welcome’ in the UK and the worry that they’ll have to leave the country the day they graduate, makes the UK increasingly unappealing to the EU student. Once it becomes apparent that we are no longer attracting the very best students from overseas, I wouldn’t be surprised if the Government steps in with subsidies and other financial lifelines in order to coax undergraduates to study here. After all, this is our future workforce and it is in our interest to bring good people here and keep them (which of course will have its own challenges post-Brexit).

I can’t blame the universities for opting to increase tuition fees. Brexit brings huge uncertainty for them and as costs across the boards will increase, they have to consider bringing in more income from somewhere. Leaving the EU will also make it more difficult to attract talented European lecturers, professors, academics and researchers. The Russell Group employs 25,000 EU staff at its universities and in a statement on Brexit last November, said they were ‘indispensable to our world-class institutions’. However, by that point, the drain had already started. Last year, Oxford University lost 230 EU academics and King’s College London lost 139. Desperate times call for desperate measures. When these lecturers leave the UK they start looking for work elsewhere. Other options spring up and suddenly the bogstandard university in Bulgaria has a raft of world-class researchers on board. Good students then flock there for excellent learning and a cheaper way of life.

Brexit is like a Rubik’s Cube that no-one has managed to crack. The government may throw us a crumb of comfort by insisting we’ll still be able to buy a BLT sandwich after next March, but the fact is none of us knows exactly what is going to happen and all we seem to hear is worst-case scenarios. If we aren’t given any more positive assurances or guarantees, universities will lose out, as they fail to attract excellent students and lecturers. Ultimately, Britain, and all of us who live here, will pay the price.

For bespoke advice on any aspect of UK university application and placement for international families, contact our University Admissions consultants today.