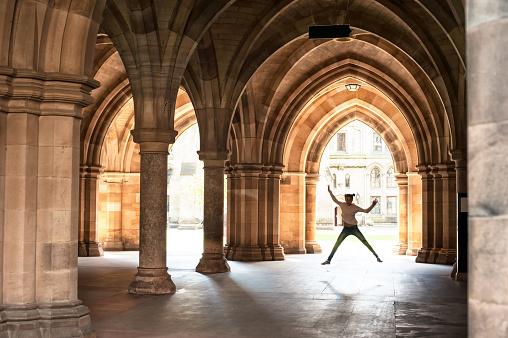 The biggest headache for UK Schools - The Unconditional University Offer

With A Level results day out of the way, the next few weeks signify a relaxed, well-earned rest for the majority of school leavers as they recharge their batteries in time to start university in the autumn. Yet for an increasing number of teenagers, there hasn’t been any pressure this exam year because they were handed an unconditional offer months ago. This means they could cruise through that final term of school. Good for them, maybe, but a nightmare for their schools.

An unconditional offer is a place on a degree course guaranteed irrespective of exam results. They can be useful in some circumstances, such as if a student is mature and has already bagged their qualifications. They’re also popular with creative arts courses, which prefers to select applicants on the strength of their portfolio, interview or audition. However, these offers are on the increase with biological sciences (not easy subjects and surely ones for which applicants need to demonstrate a certain amount of ability) responsible for the highest number of unconditional offers. UCAS says the figure has risen over the past five years from 2,985 in 2013 to a whopping 67,915 in 2018. This means nearly a quarter (23%) of applicants received an unconditional offer.

So why are they so popular? Higher education is a competitive business and universities want to compete for the top talent so, in effect, it’s a head-hunting exercise. If, for example, a bright student who is predicted to achieve excellent grades applies to Oxford and Bath, an unconditional offer from Bath in the spring might tempt them to commit. After all, it offers them a stress-free final term, means they don’t have the panic of waiting for results or face possible rejection from their first choice of Oxford. It’s the easy way out for them and guarantees bums on seats at Bath. However, this is a short-term view, which will undoubtedly impact in the long-term if the undergraduate proves incapable of keeping up with the demands of their degree. As Alistair Jarvis, chief executive of Universities UK says: ‘It is simply not in the interests of universities to take students without the potential to succeed.’

And what about the school? Schools pride themselves on their league tables and their destination list (where sixth formers go to university) and, having invested five years in getting their pupils to a standard, expectations can be high. A raft of teenagers heading to Oxbridge and other Russell Group universities will be announced with pride to younger pupils and parents and plastered all over their marketing material. So, if the student with Oxford in their sights who is predicted to get AAAA accepts the unconditional offer, takes their foot off the pedal, achieves CCDD and settles on Bath, it dents the school’s reputation and lowers its position in the league table.

The school, which has spent considerable time compiling grade predictions, writing UCAS personal statements and references only to find these alone are used as the basis for the unconditional offer, may find it impossible to motivate their pupil in this final term. Teachers report that some sixth formers don’t complete coursework as they’d ‘got in anyway’ and some don’t turn up for exams. They might find it possible to even get the pupils through the front door during that final term. I have heard of pupils leaving school early to get a job so they can earn some money to help support them through uni now that the offer is in the bag.

As it is usually the brightest and more able pupils who are handed the unconditional offers, the tendency for them to falter at the final hurdle of schooling is particularly galling for the school (and the parents no doubt, especially if they’ve forking out for five years of fees: they’ll want to feel as though they’ve got their money’s worth).

Even if the student does continue with the schooling, the lack of incentive tends to have an impact on their study. UCAS reported that applicants with unconditional offers are ‘more likely to miss their predicted attainment by two or more grades’.

By making the exam redundant, pupils don’t need to demonstrate that they can make the grade and they may learn the hard way – such as halfway through the first year of a tough degree – that they aren’t capable of studying the subject of their choice at a higher level. Dropping out of uni, or failing to graduate, is a waste of everyone’s time and it’s expensive too as they’ll still have a student loan to pay back. Forced out into the job market older but not necessarily wiser, they may find their mediocre (or non-existent) qualifications are worth very little.

Unconditional offers also allow poor schools to continue performing on a sub-standard level as they don’t need to improve academically and achieve better results. Speaking to Telegraph.co.uk, Dr Martin Stephen from St Paul’s Boy School in London says not only are the offers of ‘killers of motivation’ for pupils but they are a ‘licence for incompetence’, signalling to schools that ‘they do not need to bother’. Dumbing down the merit and competitive nature of higher education doesn’t do our system any favours.

Nevertheless, I think these offers will continue to be handed out. The uncertainty of Brexit, the inevitably that tuition fees will rise and that EU students will turn their back on studying in Britain mean universities will fight even harder to get people through the door. Higher education is a business and it’s a buyer’s market. Some universities will face closure if they can’t attract undergraduates with unconditional offers. One sixth form teacher who wrote anonymously about the ‘double-edged sword’ of these offers in the Guardian said almost quarter of her university applicants received one and almost a third of those came from one university that had seen a dramatic drop in the number of accepted places.

Unconditional offers have their place and for a distracted 18-year-old, they can seem like a dream come true. But they’re a short-term solution that will cause long-term damage. They undermine the credibility of the higher education system, demoralise and damage schools and encourage a race to the bottom. There must be another way.

For bespoke advice on all aspects of University Admissions and UCAS applications, contact our University Placement consultants today.