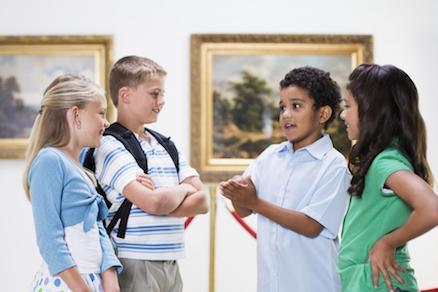 Evidence increasingly supports the notion of an attainment gap between children from poor backgrounds and those from better off homes. Indeed, research appears to show this gap widening, despite government efforts to narrow it. Access to private tutoring is a part of this gap – with rates of up to £70 per hour, it’s small wonder that few disadvantaged families can afford good quality tutoring for their children. Yet private tutoring among the highest earning families is growing rapidly. Should this inequality of access be addressed? And how might it best be tackled?

A Gap from an Early Age

The educational disadvantages of some children begin very early in life. According to the Joseph Rowntree Foundation, a cognitive gap is already showing at 3 years old in children from the poorest backgrounds, and this gap will remain or widen as they progress through the school system. The government has attempted to counter this through increased early years provision, but it’s once a child starts school that the real inequalities emerge.

These tutoring statistics have a knock on effect on access to selective schools, and indeed on a child’s personal levels of success and the way they view themselves. Private tutoring provides not only one to one academic support, but also a certain amount of mentoring and encouragement which can prove invaluable to a disadvantaged child.

One way to help counter this is through charities such as the Access Project, which trains volunteers to become one to one tutors for kids from disadvantaged backgrounds, with notable success. However, such initiatives are small scale and patchy – one might think that what’s really needed is a government initiative.

The Sutton Trust in 2014 called up on the government to introduce vouchers which families could use to buy either private tutoring or extra curricular activities, which are also important in developing the whole child. Such a voucher scheme would, they believe, level the tutoring playing field, and enable children from all walks of life to have access to top quality academic support.

This approach is not without its critics, however. The recommendation was dismissed by the government, which states that it has already spent £6.5bn on supporting disadvantaged pupils via the pupil premium and other measures. Interestingly, the National Association of Head Teachers is also against a voucher scheme. They believe that the money is better spent on improving the overall quality of teaching, and they make the point that eating into children’s free time with tutoring is not necessarily the ideal answer.

A Gap Which Keeps Growing?

This speaks to the overall debate about whether tutoring outside school puts too much pressure on an individual child, which is a controversial issue. However, with the most affluent parents increasingly choosing private tutoring, often in addition to private schooling, that end of the attainment gap shows no signs of slowing down.

A voucher system which was not compulsory would allow families to make individual decisions about how much tutoring, if any, their child wants or needs, allowing those who are opposed to tutoring on principle to decline the offer. While it is certainly true that improving overall teaching standards would benefit all children, it would still arguably benefit the most affluent more than the poorest, so long as private tutoring continues to build on existing school provision.

William Clarence Education is the leading education consultancy service in the UK. With an unrivalled reach into the UK Schooling and University network, we help and advise families from around the world to reach their maximum potential and gain access to the very best of British education.

William Clarence put the student’s needs and welfare at the centre of every programme of study we deliver with a focus on integrity and discretion.  Services include UK School Placement, University Placement, Residential Tutoring, Oxbridge Applications, US College Admissions and Homeschooling.