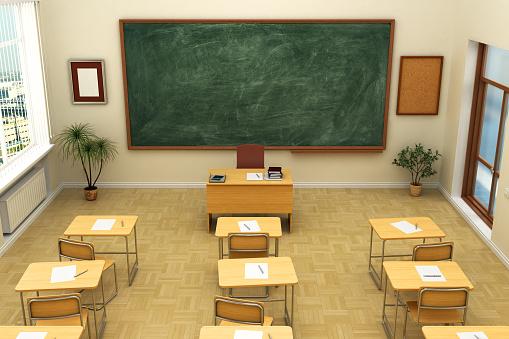 Why we need a new History curriculum

The lead up to the referendum on Brexit and its fractious aftermath with arguments and counter-arguments about what shape our future relationship with Europe should take has highlighted just how poorly informed we were as a country – children and adults - about the EU and our role in post-war Europe.  With that debate still raging and as we start to look to markets outside Europe, it is sobering to also realise just how little attention we have paid to our global footprint, particularly the impact of trade and migration from countries of the old British Empire. There has always been a certain sniffiness by some academics about teaching  aspects of modern history or themes and subjects that cannot easily fit into a mini series, but to make history more relevant and helpful for our children, it is time that we looked beyond our shores to where national histories collide and intersect and at the some of the less fashionable topics that we should including in our teaching of history, such as trade, commerce and migration.

William Dalrymple’s recent comments on Britain’s efforts to re-establish trading connections with a number of Commonwealth countries  was a timely reminder of just how poorly we serve our children through our current history curriculum.  As the debate over Empire has intensified in recent years, Dalrymple’s judgement that the Empire was the most important achievement of the British is irrefutable, as is his criticism that this is not reflected in the teaching of history in our schools. The Empire is, of course,  a polarising topic, and any who suggest the achievements of empire are soon shouted down by those who are critical of its legacy. The issue for schools, however, is not the debate, but simply about giving children a knowledge of their own past so they will be better informed in the present and future and able to make their own judgements. In order to do that we need a history curriculum that is both outward-looking and contextual and which is centred around Britain and its relationship with the Empire, past and present.

There is much in our country’s story that can fascinate and entertain, but in the limited time we have allocated to teach history in our schools, we have to make choices. Our own narrative with its domestic history and mythology are important, of course, as is teaching chronology and story telling especially to younger children, but by the age of eleven, children should be learning about their nation’s story in a much wider context.  If we want to keep our children in the dark about their past, then fine to concentrate on those party pieces we trot out endlessly, the Tudors and Stuarts, the six wives of Henry VIII, the War of the Roses, the Battle of Waterloo and internal dynastic disputes and let’s just pretend they are actually what define us. Taught properly, of course, they are an important part of our history, but they are not its engine room. Our children need to know, for instance, that the basis of our influence and prosperity today is down to such vast commercial enterprises as the East India Company and the huge profits generated from controlling trade, including human trade, throughout the Empire. They need to know more about exploration, trade and mercantile zeal that generated the wealth and influence that made this country a leading world power and established  our place in the world. They need to know about the drawing of maps and the reasons wherefore as well as the consequences. To properly understand our own history and that of our immediate neighbours we need a new curriculum that allows us to see why we are where we are and why others see us as they do  -  and the Empire should be at the heart of it.

Some years ago, Civitas gave every school a copy of H E Marshall’s ‘Our Island Story’ published in 1903. Many schools embraced it. Around the same time, David Cameron chose it as his favourite childhood book in October 2010 commenting:

"When I was younger, I particularly enjoyed 'Our Island Story' by Henrietta Elizabeth Marshall [...] It is written in a way that really captured my imagination and which nurtured my interest in the history of our great nation”

Since being sent out to all schools, many teachers have used it to teach History to the young.  Brighton College reputedly gave it to their 6th Form to read (hopefully, to disassemble). For its time one can understand its appeal and when looked at as a mix of history and mythology, especially before the 18th century, it is accessible and well-told. Thereafter, however, it is fraught with danger in post-imperial Britain, as one would expect from a populist children’s history written over a century ago, but it does at least place our island story in the wider context of countries we have colluded with, traded with or colonised.

It seems logical that we should view our development as a nation in relation to countries we have long rubbed shoulders with – after all, Britain’s history is not insular, but profoundly global. Let’s explain the Middle East, Africa, Asia in the context our shared history with each. Let’s look at the quest for power and wealth which are the engines of history, in any struggle, in any epoch, in any country. Let’s teach what is the national narrative, national mythology, and what is contested history, fact and fiction, and differentiate between each; in the limited time afforded the subject (always too little), we need to select wisely what to teach in order to give our children the best possible understanding of the country they live in  and its place in the world. Let’s recognise and celebrate the cultural diversity of modern Britain through what we teach. Let’s leave all the museum pieces to the film industry and literature  and not get bogged down in the rights or wrongs of what happened in the past. For there is no embarrassment in honesty or transparency, but there is in glossing over history in such a way as to ignore what actually made us who we are today.  That sort of deception will do our children no favours at all.