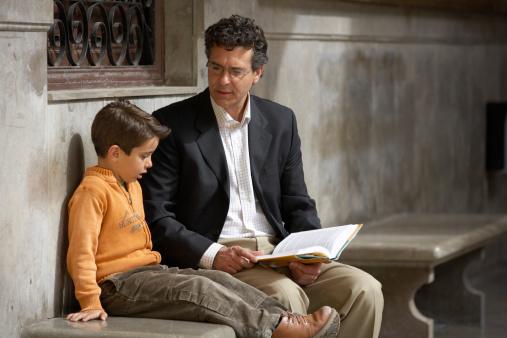 It is very apparent that not all is well in the world of our young. A recent report that suggests one in four suicides amongst school students is due to exam stress is an indictment on us for exams are never that important nor should be made so.  Children struggle with  a sense of perspective, and often believe what they read and are told, that getting the best grades is a matter of make or break when they are anything, but. Getting rid of academic snobbery would be a good place to start.

There are many theories as to why we have an epidemic of mental health issues amongst our young.  What is indisputable is that youth struggle to deal with an array of challenges and anxieties: the power of social media; concerns about education and jobs; anxiety about the state of the world; and a lack of certainty over their own future. More recently, there has also been a rise in concerns about popularity, body image, and self-worth, promoted and weaponised through social media and cyber-bullying.  Girls, in particular, are particularly vulnerable and schools need to do more to address the truly frightening statistics of girls who are threatened, depressed and self-harming by acknowledging and dealing with a rising tide of misogyny and sexism amongst young males. But there are also other forces at play, to do with the way that parents have unwittingly placed children under even more pressure by trying to shape and influence their lives rather than by giving them the tools to cope and a measure of independence (and then supporting them), where vigilance has spilt over into paranoia. Pressure to get into the right courses and get the right grades, misplaced parental ambition and unconditional (and unrealistic) advocacy have blurred the line between the world of the child and the adult and propelled the child into a uncomfortable place. Critically, this happens at the very time when children who are psychologically and emotionally vulnerable should be sheltered from the excesses and pressures of an adult world.

In a talk given at the Wellington Festival of Education last summer, titled ‘Is it time to resist calls for more mental health intervention in education?’ Dr Jennie Bristow addressed the huge pressures schools are facing in dealing with this epidemic of mental health issues and the difficulty in distinguishing between adolescent angst , teenage self-absorption and serious mental health issues. She spoke of the difficulties of distinguishing between stress, anxiety and mental health and whether spending vast amounts of money on positive motivation trainers, mental toughness training, positive thinking strategies, happiness courses, and universities now offer masters courses in ‘The Vulnerable Student’ was the right way forward.

In her summing up she asked whether it was time for students to discover a world outside the self.

For much of the last two decades, aided by social media, we have encouraged children to look inwards, to examine their feelings and become more self-aware and better informed about themselves. In this they have been aided and abetted by such initiatives as ‘Every Child Matters’ and the promotion of children’s rights and freedoms -  - usually without any checks and balances – which are commendable on their own, but not always that helpful as the rash of false claims against teachers attests. Perhaps we should stop placing children on pedestals and telling them how wonderful they are and give them some sense of perspective: that while they are dear to their own parents and families, they are a human being in a community of 7.5 billion others that share Planet earth, a community that includes their grandparents and neighbours,as well as those from other cultures and religions. After all, they didn’t ask to be placed on their pedestal and the expectations being placed on them are, in some instances, killing them.

With so many parents focusing on the accomplishments and talents of their offspring, hovering over them as we are often told, like helicopters, championing their corner, defending their actions, it is time we took seriously the risk of foisting an adult world, with adult concerns and ambitions, on children before they are emotionally equipped to deal with them. This generation are capable of amazing things, usually unscripted, such as their care for the environment and their much greater tolerance of diversity than the generation that preceded them.  This is not the norm, however, as most are distracted by too many pressures, both real and imagined and the dire warnings about the dangers of life rather than its joys and opportunities.

Much has been written about the atomised society, the fact that life on-line is less collaborative and more selfish, less outward looking and more introspective. Perhaps what is needed is a resurgence of the idea of service, of being part of the main, of looking after each in tangible ways and the importance of kindness. With our focus on meeting each individual’s needs through selective schools, we have neglected the value of being taught as together, of sharing talents and ideas, and looking after each other. We should stop commenting on the obsessive behaviour, the sexting, self harming and the like and do something about it. Rather than relying on palliative treatment in the form of mindfulness classes and teaching resilience, let’s address the root causes and protect children by giving them a bit more time to grow up and not push them towards goals that will benefit only themselves. For what we are short of in this world are not the academically able, but those who are empathetic and have the character and personality to lead happy lives by doing worthwhile things and by entering those professions that serve others.  Rather than having to struggle to meet the expectation that good grades, respectable jobs and material wealth are the most desirable outcomes of a life well-led, we should instead encourage our children, whatever their talents and aspirations, to look outwards and to be involved with other people and communities, at service, for that is the pathway to a satisfying and meaningful life.