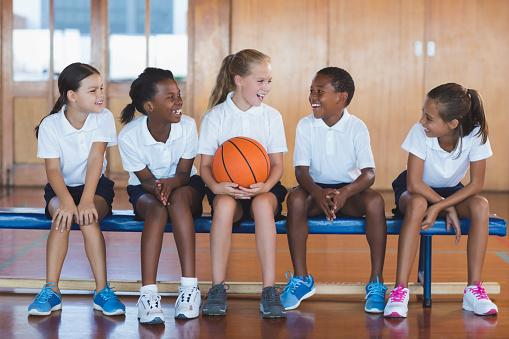 ‘The younger generation isn’t so bad. It’s just that they have more critics than models.’

Children are very perceptive. Often, what they might not be able to understand intellectually, they sense intuitively, but invariably while young, they learn best by imitation, through what they see and experience in the home, rather than by what they’re told.  Prince Charles is reputed to have said ‘I learned the way a monkey does – by watching its parents’  and that is true for all of us. After all, who else has such an overwhelming presence in our young lives.

The parent is sometimes oblivious to just how much a child absorbs from all they see and hear going on around them. Sometimes the first realisation only comes after an inappropriate word or comment uttered first in the privacy of the home is innocently repeated in company by one of their off-spring. by all that children hear and see. If parents use inappropriate language, drink excessively or smoke, then such behaviours are legitimised; if they spend their time looked into their i-phones, they can expect to be imitated. Nor at they safe in sharing their more personal opinions. Children’s honesty at school can often be disarming and little is safe with children when amongst their classmates.

The importance of parents providing an exemplar for their children can hardly be overstated. If children grow up in homes that don’t value books, then they are less likely to do so. If parents openly criticise their teachers, it is hard for children to respect them knowing what they think. The same applies if politicians or policemen are constantly derided in the home. Yet even more important are the little things children learn by imitation: valuing effort; encouraging sharing; manners; respect; appropriate behaviour; and talking up the value and importance of education.

As children grow up, the resolve of parents will be constantly tested. During adolescence, children may become contrary, on the one hand appearing very moralistic, judgmental even, especially where adults are concerned and yet seemingly prepared to push the boundaries in their own behaviour, ignoring the role models presented to them by family and friends (although, in reality, seldom drifting too far from the values their parents espouse). By their teens, they may be better able to make their own decisions and intellectualize the concepts of right and wrong, but even in those tremulous years, they still learn largely by imitation, often through challenging the status quo.

It is patently obvious that children need strong and reliable role models as they grow up by mirroring the words, attitudes and actions of their parents and those others who have influence in their lives. In order to educate our children in those preferred attitudes and values, we should reflect those same attitudes and values in ourselves and give them voice. We must be aware of what we say in front of children and the legitimacy we give to behaviours and actions through our own words and example. If adults talk disrespectfully of other adults, they cannot then expect their children to act and feel differently. If adults are fair and measured in what they say about others, that also will show through in their children.

Schools and parents need to be consistent and work together for if both are not singing from the same song sheet, then children never learn what is acceptable and what is not. This can be true of simple courtesies, like opening doors, writing thank you notes and being punctual, or some of the bigger things, like respecting the law and other cultures, peoples and societies. Children dislike hypocrisy and don’t like being told one thing and shown another. They revel in surety, in knowing where they stand. If they are untidy they don’t want to be told so by someone who is equally untidy. If their use of language is inappropriate or they are lazy, then they need to see the correct behaviours and standards in the actions of those who correct them as well as in the words. They respect strength and don’t always appreciate being defended when they know they’re in the wrong – as they occasionally are. Children’s honesty is transparent and often their worries and concerns mirror the opinions and views of their parents or guardians or, indeed, their teachers. And so the responsibility is implicit in all of us, to ensure that the way we present to our children is consistent with the values we want them to acquire and acknowledge that, in so doing, words alone will not suffice.

Children need models. They need be able to respect their teachers, their government, their police force, their town council, but respect has to be earned. That is why role models, whether sportsmen, like Rafael Nadal and Roger Federer or celebrities like David Attenborough or  are a power for good. Children are good on imitation and if we want them to imitate the right actions and values, and grow up as we would want them to be, we need to be the people they aspire to – for if not, they will grow up reflecting the values and behaviours we most dislike in ourselves.