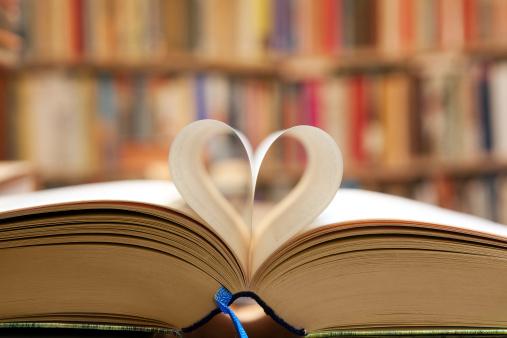 “The real tragedy of the poor is the poverty of their aspirations.” Adam Smith

“I think the difficulty is the aspirations that anyone can have placed in front of them can only be based on what you see.”  John Bishop Desert Island Discs 29 June, 2012

One of the greatest impediments to raising academic standards in Britain is the difficulty in raising aspirations amongst our families and children. While many teachers tell children to aim high and work hard, (although sadly many more do not), the reality is different. Celebrity shows, music and sport may appear to offer escape routes for a small number, but far too many children are blighted by the low expectations and aspirations of their families parents and teachers. It is a sobering fact that independent schools that perform no better than neighbouring state schools, have significantly larger numbers of children moving into leading universities or full-time employment. In part that is down to financial and social advantages as well as personal and tribal ambition, but too often it is down to the expectations of parents and their communities who are too happy to settle for second best, for no other reason than that is the world they know. John Bishop’s telling observation highlights just how difficult it is to change attitudes and to be aspirational when one’s life is restricted by school, home and their local environment.

Government is keen to tell us that opportunities for social mobility are improving and that with the right teaching and encouragement, all children can become aspirational – and ultimately successful, regardless of their social or economic background. Such traits, so the argument goes, are not the preserve of those who go to the best state schools, comprehensives, grammars and academies, or independent schools. We are a society of equal opportunity – if someone wants to do something, they can.

When politicians, educationalists and journalists peddle such stuff you wonder either how much they know of the country they live in or indeed their agenda. Yes, a few can overcome their social background, but they are a small minority. Naomie Harris (currently starring as ‘M’ in ‘Spectre’) is one who is often wheeled out as evidence that Britain’s meritocracy is alive and well, having come from a comprehensive school, brought up by her immigrant mother and ending up at Cambridge. She is having none of it:

“What people say about our society is that you can come from any background and, if you work hard, you can come out of your social circumstances and achieve pretty much anything. That, actually, is a lie. Because you have to work so much harder than people in other social circumstances to achieve the same level of success. It takes an extraordinary will to be able to do that – and drive, and ambition, and focus. You have to make huge sacrifices to leave people in your social circle behind in order to move to a different one, and that’s very isolating. It’s a lie that anyone can do it. Not everybody is willing to make those sacrifices and not everybody should have to. Why should they?”

So how do you replicate what is called the “Eton effect” whereby privately educated pupils emerge from their schools with the innate confidence that they will succeed. Answer: With great difficulty. After all, to replicate the confidence and social ease that is an implicit part of one child’s up-bringing, immersed as they may be in the company of high achievers, (including their parents) can be quite alien if every aspect of life mitigates it. The majority of students at independent schools expect to do well because evidence shows that those who have preceded them have always featured disproportionately well in the quest for university places and the top jobs. The problem for society as a whole, however, is that the educational divide reinforces the view that some children are born to succeed and others are not. This wider problem was recently expounded by Professor Becky Francis who commented that “The clearly glaring gap in the English system is that of social class. The relationship between parental wealth and background and children’s educational outcomes is particularly strong and deeply problematic.” One of the most candid illustrations of this is in the apocryphal argument that Christopher Hitchen’s parents had over his schooling. When his father said he could not afford private education, his mother replied, “If there is going to be an upper class in this country, then Christopher is going to be in it.” Christopher went private.

It is a huge impediment thwarting aspiration and one that won’t quickly go away. Money – lots of it – is a conduit for social mobility, but raising aspirations involves one group surrendering some of the high ground to let others share it and despite such gestures as offering to share their DNA amongst educational establishments, this is unlikely to happen.

Nor is the problem restricted to attainment at school. Evidence published this week refer to a ‘class ceiling’ in the workplace where those ‘from humble backgrounds working in higher managerial and professional jobs earn 16% less than those in the same jobs born into privilege’.  In other words, meritocratic recruitment is not enough. Once in a senior position, there are other measures that the report identified as assisting advancement including having received pronunciation or a public school accent; being well-groomed; having a good dress sense; and what are loosely called ‘highbrow tastes or hobbies’. It is difficult to replicate such traits and behaviours when not living in the environment that nurtures and encourages them. Micky Flanaghan expressed as much in an interview revealing that  “when I spoke in lectures I was very self-conscious about my accent . . . . I was overcoming my class fears almost on a daily basis. Confidence is a difficult thing to get when you are working class; you have it knocked out of you. I had to tell myself my opinion mattered.’

To grow aspirations we do need to raise standards and expectations in schools and homes; we need greater transparency of opportunity in areas such as work experience, internships and employment; we may even (shudder) need some social engineering. These things will not happen without some legislative intervention and / or social and institutional change. At the same time, we have to acknowledge that the problem is more deeply rooted than just making children more academically ambitious. For significant progress to be made, we need to address some of the social and cultural factors that stifle aspiration and dissuade many young from even trying.