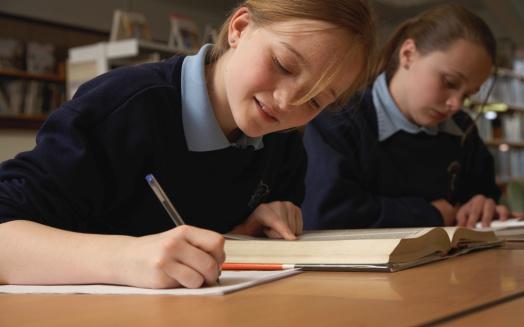 In light of the row about gender specific language, The Girls’ School Association has become the latest body under fire for its use of nomenclature. Its response from Cheryl Giovanni, chief executive of the Girls’ Day School Trust, has been to suggest that rather than focusing on the words girls and women, girls' schools – and society -  have more pressing matters to contend with – and they are right to do so.

I recently chaired a discussion about single-sex education at the Independent Schools Show in London. The questions put to the Headmistress (yes, it is always the girls’ schools who end up defending single-sex education) gave many of the expected answers: how well girls do academically when educated on their own; how much more confident and relaxed girls are without the presence of boys; how they are able to excel in a wide range of sports and activities tailored to their interests and aptitudes; how they feel more encouraged to contribute to debate in the classroom; and how much better they do in the sciences and mathematics than in co-educational schools (remarkably, one in four A* grades in physics at A Level were achieved by girls from independent girls schools).

The arguments for co-ed being ‘normal’ were raised and were responded to by reference to the changes that have taken place in single-sex schools that have largely removed the fences (aided by technology) and allowed social partnerships to be built with single sex boys’ schools.  Boarding, in particular, has changed enormously, and the advantages of single-sex schooling, even if restricted to certain levels (the diamond model) were all given a good airing.

It was when the dual issues of the sexual harassment and gender equality were raised that the whole discussion livened up – and not surprisingly. The various disclosures on the plight of women has thrown into sharp relief the inequalities of the workplace and questions of power. Despite all the changes in legislation, despite all the revelations about the appalling behavior of men towards women, as a society we are still shockingly male-centric, in terms of attitudes, employment, pay and opportunities.

Does male-centricity start in schools?

Much of it starts in our schools. When we read this week of boys performing better when there are a majority of girls in their class or that boys perform better in co-ed schools, everything is slanted towards what is in the best interests of boys. When single-sex schools decide to go co-educational (and it is almost always boys’ schools that make that decision), the reasons are invariably financial or else to lift their school’s results in the league tables – or both - and seldom for social reasons as the schools would suggest. When we look at how well all girls schools achieve at GCSE (in 2015 75% of pupils in all-girl secondaries received five good GCSEs compared with 55% going to mixed schools) , we have to ask why they need boys at all – which may be a more frightening question than it appears on first reading. Last week, Charles Moore made a beleaguered plea for clemency in an article headlined  ‘This scandal shows that women are now on top. I pray they share power with men, not crush us’. While statistics on power and equality in the workplace indicate there is some way to go yet before any such judgment might be visited upon men, there is a growing awareness of how appallingly women have been, and are still being treated in our society.

The Fawcett Society, a charity working for women’s interests continues to make representations on gender equality in the workplace. Recent research found that in some UK cities the gender pay gap is still more than 50% in favour of men and that we are decades away from equal pay for men and women. In the aftermath or Weinstein and his ilk, there is a lot of sound and fury being generated about harassment, but that needs to be translated into more action on addressing issues of power and equality for the current imbalance between the sexes is unacceptable.

Society need to change. ‘Dads for Daughters’ is an outstanding organization working towards changing attitudes in the home and workplace, while there is some excellent work being done by such partnerships as the initiative between the Girls’ Schools Association (GSA) and Siemens UK to inspire more girls to pursue science and engineering careers, but there is a long way to go.

Schooling should be about choice and not all children suit either a co-ed or a single-sex school while there are social issues particular to each. In the meantime, who can blame single-sex girls’ schools for not only holding out, but trumpeting the fact that this is where many of tomorrow’s leaders, freed from the testosterone and swaggering insouciance of teenage boys during the crucial years of their education, will come from.