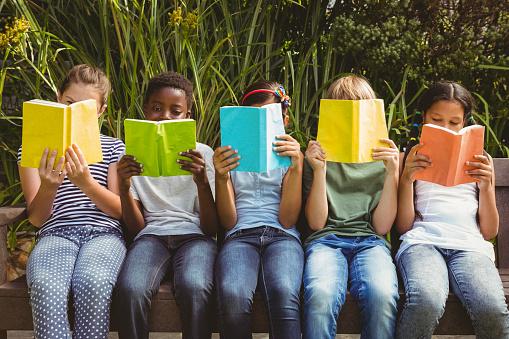 It is said that every country gets the government it deserves – and the education system to reflect it.  In  which case it is little surprise that our schools are driven by the same individualistic, competitive social Darwinist model that has underpinned our society since Victorian times - and it must be said has served us well for much of that time. But as the world changes, not just four times faster than our schools,  but forty times faster, we have not always reacted with sufficient haste. Instead, we have been inward looking, slicing up education and education opportunity through our adherence to selection and ever more narrow definitions of what success in our schools looks like and the secret ingredients required to make ‘successful students.’.

The practice starts early in life. If, for instance, you are looking for a London day school,  a few of the more selective start assessing for their 3+ entry, using a set of criteria,  each of which relies mainly on readiness or close and careful parenting, with communication skills, following instructions and concentration are likely attributes.  It is quite a thing in western society to say your child failed their first entry test at age three (or six months younger than that) and, in time, may be akin to the Australian penchant for wanting to claim they were descended from one of the original convicts, both laughable if not so pathetic.

What such tests, and the numerous other tests that follow at all levels of selective education are designed to do is to sort the wheat from the chaff, to sift out the most academic and to empower them and to steer them onto an academic pathway and university.  This is in spite of research suggests that these most able students do no better in such schools or that the criteria used is so very narrow as to exclude many of the most creative and able or those who take more time to develop. This apartheid would be comprehensible, if still not forgivable, if it made educational sense, and that those chosen were given some ethical framework to work through, but to the contrary, their role models are our leaders in government and in business and we can read about them daily as they continue to place themselves first and live outside of, and above, society.

By funnelling the ‘academically able,’ a term I use with great caution into academic schools and more academic streams, we not only raise their status above others,  many with more talents and able students, but we start a process that focuses on the individual, on personal best, on seeking the best grades and best jobs, which aren’t those dealing with people, nurses, teachers, carers, cleaners and the like or even those who work in the services sector, but those who work with wealth and influence.

Even this could be excusable, but for one other question. What do these children learn about the society they live in, other than they have been skimmed off the top for their ability to pass exams (sometimes, mistakenly, construed as their intelligence)?  Do they ask why and wonder at it all? Do they think themselves better? (sadly, evidence suggests many do, but hard not to when that is how they and their schools are judged) What is the effect of their separateness on their emotional intelligence?  We have seen too many try to cross the gulf (Cameron’s big society being an example), but the focus on personal achievement continues into adulthood so instead of creating leaders, we have created a system that focuses on self: on power, on wealth, on what you can use, on shared aspirations, on what you can get away with,  because nowhere in the process of education, when tied as it is to an economic model, that eschews the vocational, are their aspirations linked with values and ethics.

Yes, we have ‘British Values’ with the political purpose of protecting our way of life, but nothing that tells those who have profited from selective education about how to act as adults.  There are PSHE lessons, a smattering of philosophy in some schools, codes of behaviour and so on, but as a student navigates their way through GCSE and A Levels and onto university, where do they learn the values and ethics to accompany their good fortune? Where do we teach our would-be lawyers about ethical behaviour over and above their code of practice? Or politicians? Or Trust Fund Managers and investment bankers? Or property developers and  company directors?  Where do the learn of their responsibilities to act within and in the interests of the communities they live amongst, not try to stretch the law – their law – to their own advantage? Where do we teach students to look at those professions that work with people despite the disparity in earnings?  When did the word ‘academic’ become so divisive? Where do we counter this academic apartheid with questions about what we are educating our children for, if not to be good citizens in a shared – not a gated - community?

We wonder why we have so many disillusioned young. Look no further than the disparity in education opportunity and how our academic model has become irrelevant to so many. Look at the discrimination shown towards those not aspiring to go to university; look at the values of those being fast tracked and ask, where are they learn how to act as part of a wider community, for a common good  when everything, sometimes from the age of three, has been about them?

They are big questions, but as we sit on a precipice of  huge social change, they need an answer.