Single or Mixed Sex Education - How do you choose?

Deciding whether to opt for a single sex or a co-educational setting is a quandary that affects many parents.

There is no easy answer – it depends on both the child and the school in question –  and the subject has divided critics for generations.

In order to make your decision, you need to look at both sides of the argument. With that in mind, here are some factors that you should consider:

2. The impact on exam results

According to data analysts SchoolDash, just over 57% of all pupils got five good GCSEs across England in 2016, yet single-sex school pupils did much better than those in mixed sex education settings (20 percentage points better to be precise), with girls' schools performing at a slightly higher level than boys' schools.

This may sound clear cut, but many of these grammar schools – which are selective at entry, as well as being independents – tend to have better facilities, with many of the pupils receiving private tuition.

Thus, the better exam results might be due to a number of factors, not simply sex differentiation.

Advocates for single sex education say separating the sexes means girls and boys can focus on learning without the distraction of the opposite sex.

This is especially important during the teenage years when raging hormones coincide with the need to buckle down to GCSEs.

3. The world outside of school

Some argue that keeping environments separate through mixed sex education means teenagers can extend their childhood for longer and not worry about appearances or other age-related concerns.

Yet, we do not live in a single-sex world. Professor Simon Baron-Cohen, professor of developmental psychopathology at Cambridge University says separating children by sex means ‘they will not be mixing and learning about each other.’

Many also argue that sex segregation does not prepare young people for the future – either in work or with relationships – and in these formative years they should learn to accept differences and work together.

Another argument in favour of splitting them up is that boys and girls have different learning styles, and single-sex schooling can tailor lessons to each of these educational needs.

Countering this is the fact that children learn and develop in different ways, irrespective of sex. Unless learning can be delivered entirely in a one-to-one setting, which is impossible in any school, then there has to be some sort of compromise.

It’s claimed that single sex does away with gender stereotypes, which can be a positive, especially for girls as boys tend to dominate discussion and girls may not be keen to promote themselves in subjects such as Maths and Science.

An Institute of Physics Report suggests that pupils from girls’ schools are almost 2.5 times more likely to study Physics than those in a co-ed setting.

Dr Kevin Stannard, director of innovation and learning at the Girls’ Day School Trust says separating girls can also help outside of the classroom as it teaches them to be ‘confident, positive and fearless [giving them] confidence beyond the curriculum.’

Those against it claim that it does exactly the opposite. They say it actually promotes stereotypes and encourages sexism by seeing the opposite sex as ‘different’. Why, for example, would boys accept that girls are good at Maths if they’ve never been beaten by one in a test?

Opting for a single-sex school doesn’t mean your child will never mix with the opposite sex. Most girls’ schools have good relationships with boys’ schools – and vice versa – and organise plenty of events and social activities in which they can meet.

If you do decide on single sex education over mixed sex education, check to see what your school has in place when it comes to mingling.

Some schools introduce co-ed at sixth form so those vital two years that bridge the gap between adolescence and adulthood are spent in a more integrated setting. It might be that you choose the popular ‘diamond formation’: co-ed at primary, single sex for senior school, and co-ed at sixth form.

So, which should you choose?

Like many education-related decisions, whether to opt for a single or mixed sex education setting depends on many factors, including the child, their personality, and the school.

This debate is as old as the hills with arguments for and against but ultimately, only you can decide what is best for you and your child.

If after reading this blog you are still unsure however, do not hesitate to contact us and our education specialists will be glad to discuss school placement options with you. 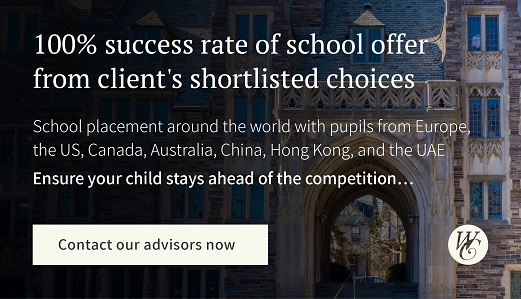