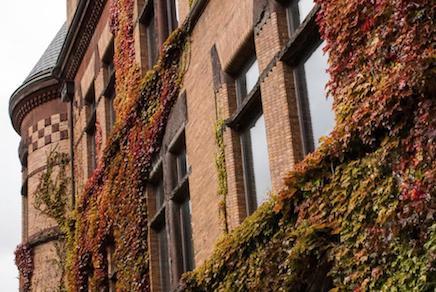 Sevenoaks, St Paul’s, Westminster and Kings: Who, What and Why?

Who gets into such elite schools, and what do they have to offer? Our school placement consultants have put together a quick guide to these four impressive British public schools.

Things are changing for many of Britain’s most elite public schools. Increasing numbers of foreign students, competing funding demands and increasingly competitive parents have all led to different demands on these first class institutions.

One thing which seems to be common across many top schools is that it’s no longer enough to have a sibling at the school. Sevenoaks, St Paul’s, Westminster and King’s – none guarantee a place for a sibling, and all sibling applicants must go through the normal application procedures. So who goes to these schools, and what do they offer? Here’s our quick guide to these four impressive halls of learning.

Easily the most international of these four schools, Sevenoaks’ intake is 25% overseas students; students come from over 30 countries, but there is a particularly high number of German and Italian children. It’s a co-ed boarding school for children aged between 11 and 18, and was founded in 1432.

Sevenoaks fully embraces its reputation as an international school, and promotes this as a positive part of its ethos. It is the first all IB public school in England, and extra curricular activities include options such as a French debating club and a Spanish film society.

Today, approximately 1/3 of students board at Sevenoaks. Of those who do, many go home for the weekend on Saturday afternoons, so it can be quiet for those who remain behind.

Sports is a big deal at Sevenoaks, which boasts one of the best reputations for sailing anywhere in the country. Other particularly strong sports include shooting and tennis.

Academic results are excellent, as you might expect, and the school prides itself on offering a forward-looking, international approach to adult life and further study.

St Paul’s was one of the original public schools in England, but is now an independent boys school for pupils aged between 13 and 18. It has its own prep school, Colet Court, within the grounds. And what grounds – over 17 hectares of Thames-side property.

The entire school campus is currently undergoing a modernisation programme, to be completed over the next 30 years. The newly opened science wing is a case in point, providing university standard laboratories and equipment – this and other improvements will have seen over £77m invested in the programme by 2019.

Most pupils are day pupils, although there are 30 boarding places available.

St Paul’s has an outstanding academic record, and currently boasts the second highest rate of Oxbridge places in the country. Places here are hard to come by, with applications beginning a full 4 years before entry. Entry standards are higher than some other schools, for instance requiring a CAT score of 120 in maths.

Those who make the grade can look forward to a high pressure but rewarding academic environment. The school excels in rugby and boating, and it runs a large number of arts and music events throughout the year.

Founded in 1179, adjacent to Westminster Cathedral and within sight of the Palace of Westminster, Westminster School is steeped in history. Frequently ranked as the number one school in the country, it retains a number of quirky historic traditions, and uses Westminster Abbey as the school church.

Westminster takes boys aged between 13 and 18, and admits girls into its sixth form. Approximately a quarter of students board, with the rest being day pupils. It has its own nearby Under School, too, for younger pupils.

Academic results are exceptional, with a full 97% of A levels being awarded at grades A*-B. Music is a strong point for the school, and it also has a strong reputation for students with political interests. Sports is very successful too, but perhaps not quite in the same league as some other schools, due to a lack of grounds in this historic corner of London.

The school itself says it is “not suitable” as a boarding school for boys under 16 whose parents live abroad, but it does welcome foreign students with parents abroad into its sixth form.

Set amid the precincts of Canterbury Cathedral, The King’s School is a co-ed boarding school for pupils aged between 13 and18. It lays claim to being the oldest existing school in the world, having been founded in 597AD.

12 boarding houses and 3 day houses cater for pupils, with the vast majority being full time boarders. The scope of boarding houses showcases the school’s history, with some buildings dating from the 13th century, while the newest was opened only in 2007.

Academic results are predictably strong, and the school is an especially good match for those with lively extra-curricular interests. King’s excels at hockey, fencing and rowing, but the jewel in its crown is the week long “King’s Week” – an arts and music festival featuring over 80 events.