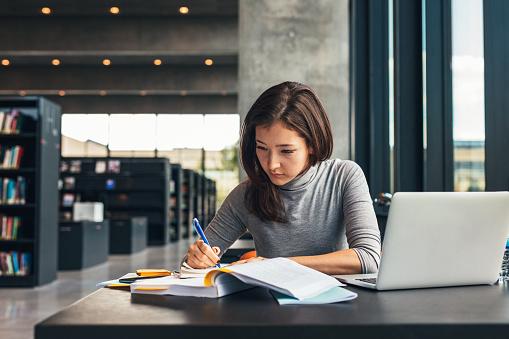 How to find a good 6th Form

While the majority of students complete their 6th Form at the senior school they began at age 11 or 13,  the 6th Form year does present a natural break in schooling. With the completion of GCSEs, students effectively begin again, choosing a course that concentrates on A Levels or some other university entrance examinations such as the international Baccalaureate or Cambridge Pre-U, possibly including some BTech courses as well.

The decision to move schools is not one that should be taken lightly and there should be some compelling academic or social reason to do so.  Students who have started senior school at eleven years, as is normal at state schools and most Girls’ schools, may feel that five years at one school is enough although to miss out the culminating years of school can be disappointing, especially in retrospect.  The desire for some students to go from single sex schools (especially girls only schools) into co-educational schools, is not unusual, but not sufficient reason on its own. Compared to a generation ago, girls schools are much more open to social and academic opportunities with neighbouring schools and are much more part of their local communities while, crucially, maintaining their academic edge.

The 6th form is also a popular point of entry for students from overseas who are entering British schools for the first time. Their choices will be determined by a variety of factors including academic standing and choice, boarding provision and any extra-curricular considerations. Sadly, there are also a number of students who are compelled to find a new school from schools that ask students to leave, not for any social failings, but for not getting the right grades, a  not uncommon practice that is lamentable.

For all students looking afresh at a 6th form education, the same rules apply.  The most important factor to consider is academic: Do you want to study A Levels, IB or Pre-U as different schools have different offerings. The combination of A Levels and IB is not uncommon although the pressures on such schools in terms of staffing and cost mean that the offering is not that widespread.

Within the courses offered, the next pressing questions is what subjects are on offer and crucially, if the school is able to meet your specific needs. In most courses this should not be an issue, but more disparate subject choices might prove to be so. There are also a number of schools and sixth form colleges that offer well-advertised specialisms such as music, art, technology or business studies that might appeal to students with a clear idea of where they want to go.

As with any school choice, there are a number of other factors to be considered: single-sex or co-educational, day or boarding, urban or rural school, and so on. More and more schools treat their 6th form as a pre-university years in terms of space and rules, uniform (often just smart clothes), with separate buildings apart froom the main body of the school, or even a few things they may not find in university digs such as en-suite bedrooms and cafeterias more akin to restaurants. Beware as such inducements may raise expectations to a degree that can only result in disappointment later in life!

Despite the academic pressures on students, the 6th form years are the culmination of some thirteen years of schooling and are a defining time of great change and long-lasting friendships. In your decision making, you want to find a school that recognises this, not only by allowing greater independence, but most important by encouraging students to be independent and self-sufficient. They should leave school with a smile on their face, with their requisite body of knowledge and skills and with the confidence, self-awareness and independent skills to make their way in the world.

Peter Tait is a former independent school Head and is part of the William Clarence Education Advisory Board.

If you're considering a move at sixth form for your child, our Family Services team specialises in guiding families through the UK School Placement process across all key stages. Contact us today to discuss options for your family.