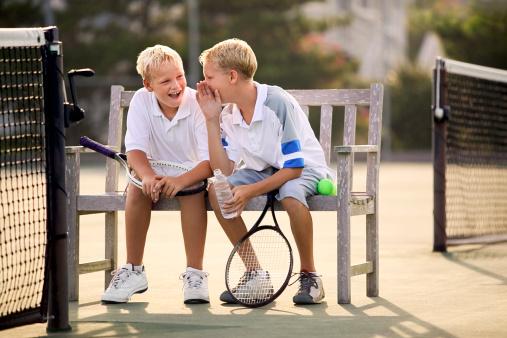 Can a top-performing school have a great SEN department, or are the two mutually exclusive?

There is a misconception among some parents that schools which cater well for SEN cannot enable other children to perform to the highest educational standards.  It has always been a false assumption, and in a rapidly-changing world it is more wrong than ever.

The context in which education takes place is shifting dramatically.  We are in the midst of a technological and economic revolution that is transforming our lives even more fundamentally than the Industrial Revolution, and it is gathering pace.  As it does so the criteria by which schools are judged are moving too, though not nearly fast enough in my opinion. A traditional view of education places success in a narrow band of academic subjects as the primary marker of ability.  Academic ability is important for certain, but it is only a small part of what our children need for success and fulfilment in the 21st century. As Eric Hoffer observed, “In times of change learners inherit the earth; while the learned find themselves beautifully equipped to deal with a world that no longer exists”.  Business leaders frequently tell us that they have huge difficulty in recruiting young people with the wide-ranging skills needed in the modern workplace. They can have their pick of highly-qualified academic graduates, but they find it much harder to find graduates who can solve problems, think creatively, work collaboratively or cope with uncertainty.  The purpose of education is to prepare children for the future, so schools that truly want to perform at the highest level have to address the disparity between what they have done in the past and what today’s children will need in their lives.

The schools that do so most effectively have developed an enlightened attitude to SEN.  Children with SEN are used to solving problems; they have to do it all the time. It is well known that there are many people who have succeeded because of (rather than in spite of) their SEN; think of Albert Einstein, Winston Churchill or any number of successful entrepreneurs.  Specialist SEN teachers know how to help children develop skills and resilience, precisely the characteristics needed for fulfilment and success in the modern workplace. If the work of the SEN department is fully integrated into the body of the school it is not just the pupils with SEN who benefit from this expertise.  The key to it working is that the SEN department has to be seen as an integral part of the school so that good practice in teaching and learning can be absorbed into “mainstream” classrooms. (The distinction between mainstream and specialist is, of course, unhelpful in itself. In my own school we have broken it down by referring to the Teaching and Learning Centre or TLC.)  Schools that are serious about developing the full range of abilities and skills required for 21st century life recognise that they have to teach ever more creatively. Having a strong SEN department helps them achieve this.

Schools with strong SEN departments tend to attract an intellectually diverse intake of pupils.  By this I do not mean pupils of mixed ability (though that may be true as well), but pupils who think differently.  This too is increasingly important. Convergent thought discourages creativity, but ideas flourish in diverse environments.  Think of the development of one specific skill: collaboration. This is not about learning to agree, but about learning to deal with disagreement, to evaluate ideas, to build upon them, to communicate well and to develop both trust and trustworthiness.  If everyone agrees from the start, none of the higher order skills are exercised. Or think about teaching that engages all the senses. There is no doubt that this is a highly effective technique for all children. Specialist teachers working with SEN are experts at teaching in this way, and they can give valuable advice to other teachers.
The difficulty for parents is that there is no objective measure of a school’s performance against the wide-ranging criteria of the modern age.  Parents have to form a judgement for themselves. You have to look deeper than league tables to assess a school’s commitment to learning that will actually be of value.  One of the most significant indicators of this is that the school has a successful and well-integrated SEN department which contributes expertise to the teaching of all pupils.  This is true whether your child has SEN or not. Can a top performing school have a great SEN department? It is becoming increasingly true to say that it cannot be a top-performing school without one.

William Dunlop is Head of Prep School at Clayesmore, an inclusive and friendly school in Dorset for children aged 2 – 18.  He has a dyslexic child and is regular contributor on SEN learning for William Clarence Education.